You should know who Dr Tucker is before you want to listen to what he says. There are plenty of people offering expertise in every industry, especially in the horse industry. You need to know who you are spending your time with and how the concept of refining traditional equine dentistry came about and, more importantly, why it hasn’t followed in the path of other equine dentists. 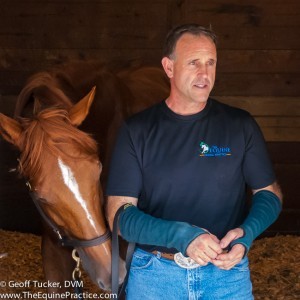 Geoff Tucker, DVM – Founder of Horsemanship Dentistry and The Equine Practice and a Cornell Veterinarian

Dr Tucker returned to Cornell’s Agriculture School in 1978 after five years working on a Thoroughbred breeding and training farm where he learned horsemanship. He had come close to death or injury several times in those five years, but great mentors helped him get through any fears he had developed. It was because of the many small series of events that had occurred, working with hundreds of Thoroughbred horses, that he became a student of the horse and horsemanship BEFORE returning to school to become a veterinarian. Remember, this was long before the rage of horsemanship clinics and gurus.

Returning to the scholastic side of things was exciting for studying the horse from the inside out. Anatomy, physiology, biochemistry, and organic chemistry filled his years along with communication, genetics, calculus, and perception. The perception course was really cool.

But nowhere was there anything about horses at the undergraduate level, except for one course. That one course was packed with a bunch of things, but nothing about horsemanship and nothing about building a good working relationship with horses. It is not a wonder to anyone why students graduating from agriculture, veterinary, and dentistry schools turn to drugging every horse they see before working on them.

In 1980, Dr Tucker became a veterinary student at Cornell University’s Veterinary College in New York. Throughout his years in vet school, nothing about horsemanship was offered. During the 3rd year Dr Tucker started a tutoring course for vet students wanting to learn how to handle horses safely and effectively. It was packed with students wanting to do better in the clinics.

In 1983 Dr Tucker’s mentor and professor in vet school, Dr Jack Lowe, taught Dr Tucker how to place his hand inside the mouth of a horse without any drugs and without any device to keep the mouth open. He was stunned with amazement. He couldn’t believe that horse teeth went back that far! He couldn’t believe that his hand felt safe inside the crushing jaws of a horse!

Then Dr Tucker performed his first float. The mentor said that caring for the teeth of the horse was a very important part of their care. Dr Tucker believed him, but in the five years on the Thoroughbred farm, he only had seen non-veterinary dentists float horses. The vets never touched the teeth of the 200 plus horses there.

Dr Tucker’s fascination with horse teeth was ignited. That summer he worked with a veterinary practice and floated Thoroughbred race horses in training from 6 am to 7:30 am Monday through Friday. During his final year in vet school he floated horses on weekends when he could. In 1984 he graduated from vet school and started his own veterinary practice. He already had a hundred floats under his belt.

Through the years, Dr Tucker incorporated dental care into his practice performing hundreds of floats every year. He still wasn’t using a speculum and medicating only a small percentage of the horses. He did this for 12 years.

In 1997 Dr Tucker was invited to join the New York State Equine Practice Committee to discuss whether non-veterinarians should be allowed to float horse teeth in New York. It was illegal then, but the majority of the veterinarians on the committee didn’t care because they thought it was not a veterinarian’s job to work on teeth. In fact, only one vet demanded that it remain in the hands of veterinarians.

There were two results from this. First, the apathy of the vets on the committee who did not want to do the dental work on horses also were apathetic in allowing the law to change so non-veterinarians could become legal. Nothing was changed because no vet really cared.

The second result was more important. In 1998 Dr Tucker decided to limit his practice to equine dentistry. At this point, he has worked on the teeth of about 65,000 horses.

Locate a dentist in your state 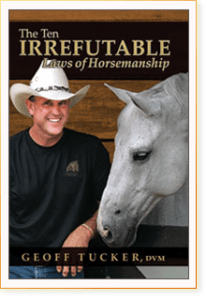 The Ten Irrefutable Laws
of Horsemanship 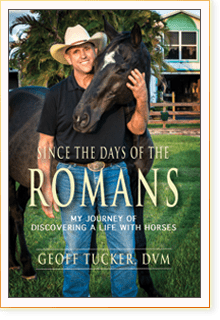 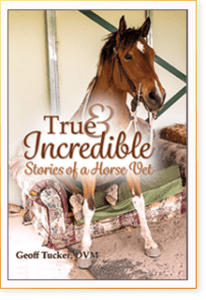 True and Incredible Stories
of a Horse Vet